Warsaw has a medium-sized tramway system, also knows as light rail or streetcars.  It is useful as it has traffic priority and therefore does not have traffic jams to go through during rush hours. Also, it reaches  most districts of the city.

Numbers 40-49: Lines that run during specific times of the day or specific days of the week

Numbers: 50-78: Special lines that run for different reasons (eg. alternative method of transport if road is blocked for buses).

The biggest difference between the light rail system and buses is that they run at the middle of the road. This means that in most cases you need to cross the road to the tram platform via underground pathways or marked crossings. Ocassionally trams stop on the side of the road.

NOTE: If you haven't read the article about buses, click here. A lot of things are the same. 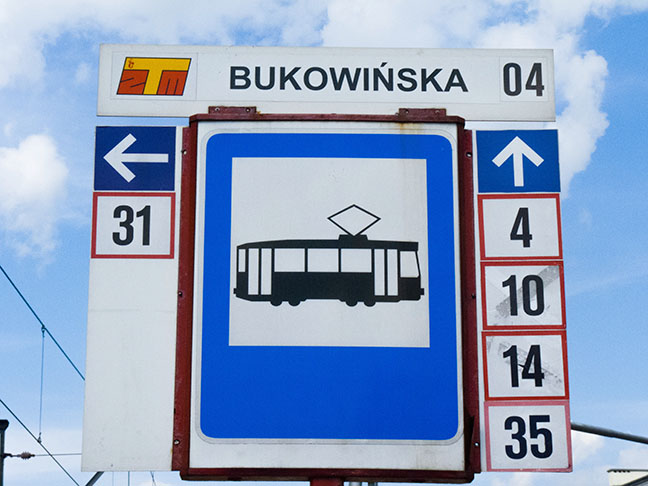 Tram stop are similar to bus stops, they have shelters and a stand which shows information on which lines stop at the station and timetables.

In contrary to buses, trams are not able to facilitate on-demand stops, and will stop at all stops of the line, therefore they are not equipped with stop buttons.

You can find the line number of the tram on it's front,rear and right sides. Newer trams show the destination at the front. 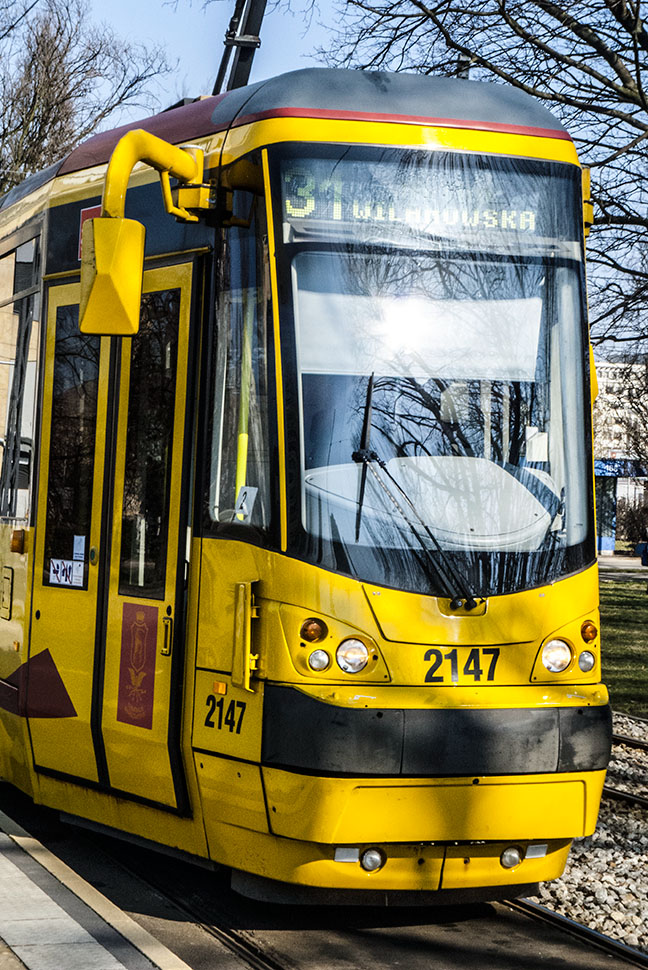 On the side, you'll find a screen or a cardboard poster with the line number for example: 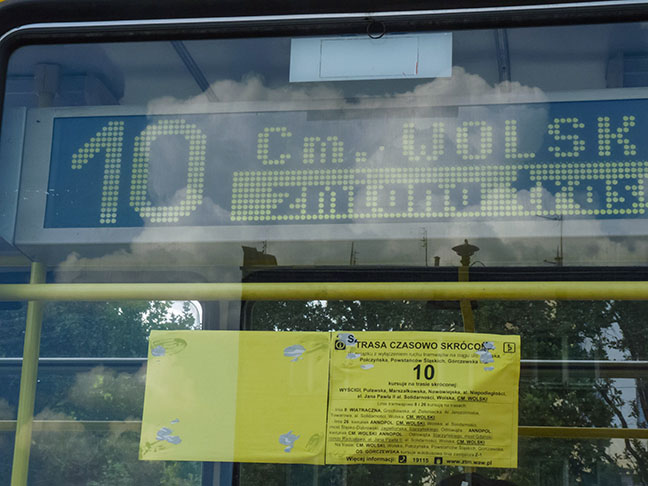 Side note: The fact that it is highlighted in yellow and TRASA ZMIENIONA is written under the line number means that there was a change in the line. The papers under it explain it in more detail and the street names highlighted are the ones changed. If you need to reroute, jakdojade.pl is updated with those changes.

If you see the following sign, you may have to find a button that opens the door: 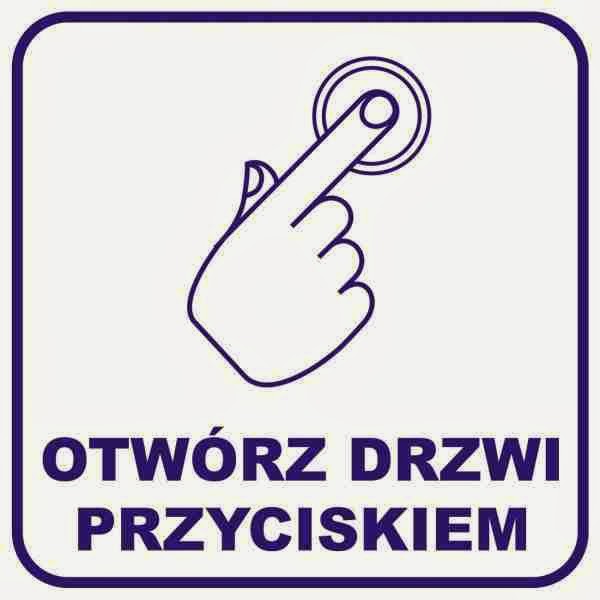 In most cases doors open automatically.  If there is a beep sound, don't pass through the doors as they are going to close.

Like on the bus, you have to validate a ticket in a machine.

It works the same as in the bus.

You should hold on to something or have a seat, but like in a bus, be courteous to others.

There are no stop buttons but some trams have information systems that will show you the next stop and announce vocally.

To get on/off some trams you'll have to press a button near or on the doors: 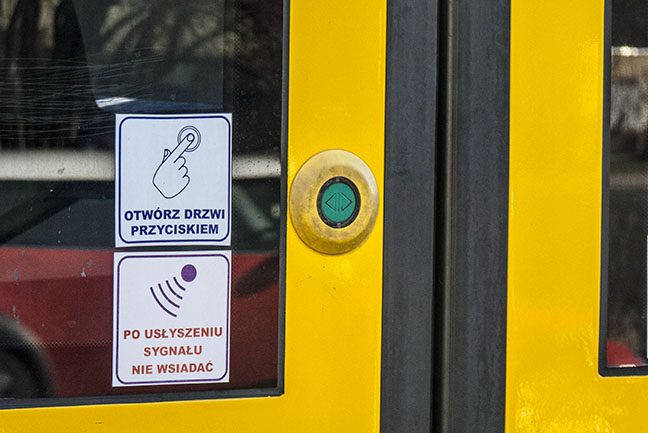