Warsaw has an extensive bus network consisting of different routes that are classified based on the first number of the line.

1xx &2xx- normal lines, run every day and at most hours.

3xx- Normal lines that run only on selected days of the week.  Also, they run less frequently.

E-x express lines that serve remote districts to the center of Warsaw. They run often and stop only at selected stops

Z-x are lines that are created when there is a problem or maintenance on a tram or metro line, and provide alternative communication.

7xx - lines that serves suburbs and other areas that are out of the main fare zone.

Nxx- night lines, run between midnight to 5 am once an hour from the Central station to different districts.

in the strefa section

You can see the line number on the screens or signs  in the front and back of the bus. Newer buses have information on the right side as well.

The screens also show the destination the line, informing you which direction the bus is heading towards.

On all buses you can see a poster on the outside which shows the line number and the main streets and destinations:

If there are yellow papers under it, the line has been temporarily changed. All changes update on jakdojade.pl so you may route accordingly. 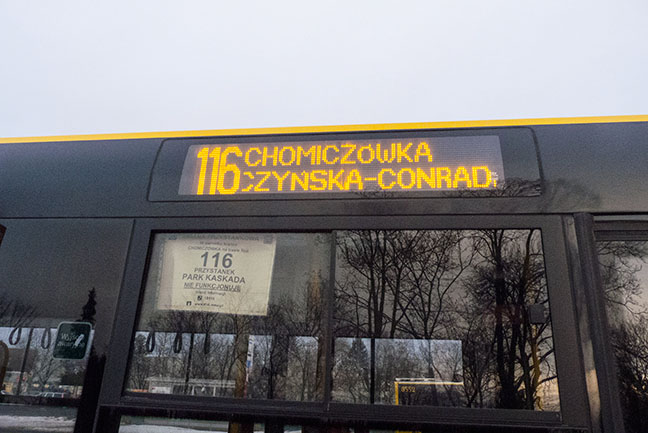 How to find a bus stop?

Bus stops are marked by a bus pictogram on an elevated sign attached to a stand. 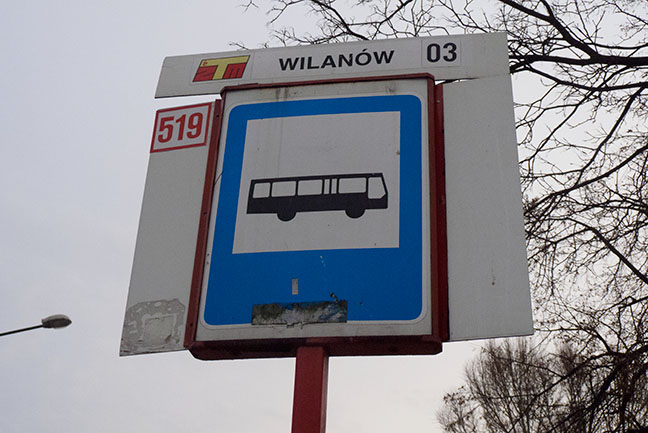 Above the pictogram you can see the name of the stop and it's number, which is useful when you don't know where you should be in a hub with many stops.

On the sides of the pictogram you can see the lines that serve the specific stop.  Lines on demand are marked with a green rectangle that has NA ŻĄDANIE on it (which means on demand in Polish). 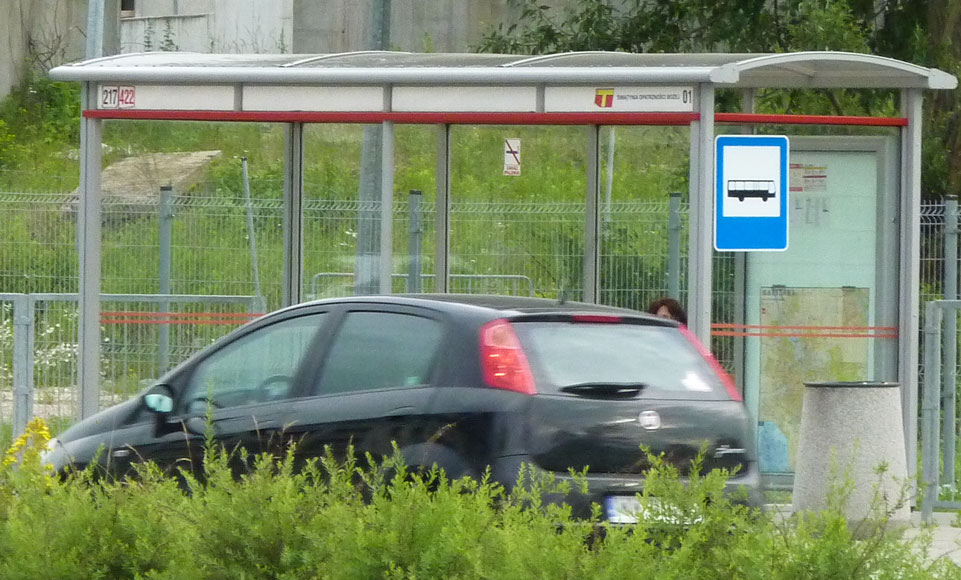 You may also find this information on the bus shelter:

On the pole with the station information or on the shelter you will find timetables of the lines that stop there.  They look like the following: 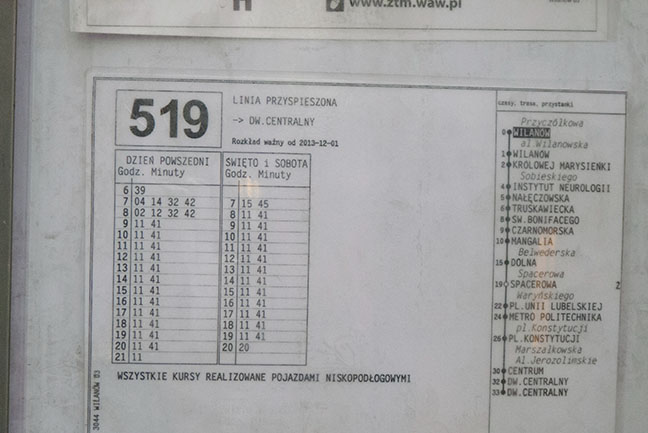 On the top left corner you can see the line number next to it the direction it is headed.

Under there is a table with 2 columns. The left one is for work/normal days while the second

column is for Saturdays and holidays.

On the right hand side the line plan is presented, showing all stops and the  current stop

If the stop you are waiting for a bus at is marked as "on demand" for the line you want to use, you need to signal the driver as he approaches the station using a wave for example. 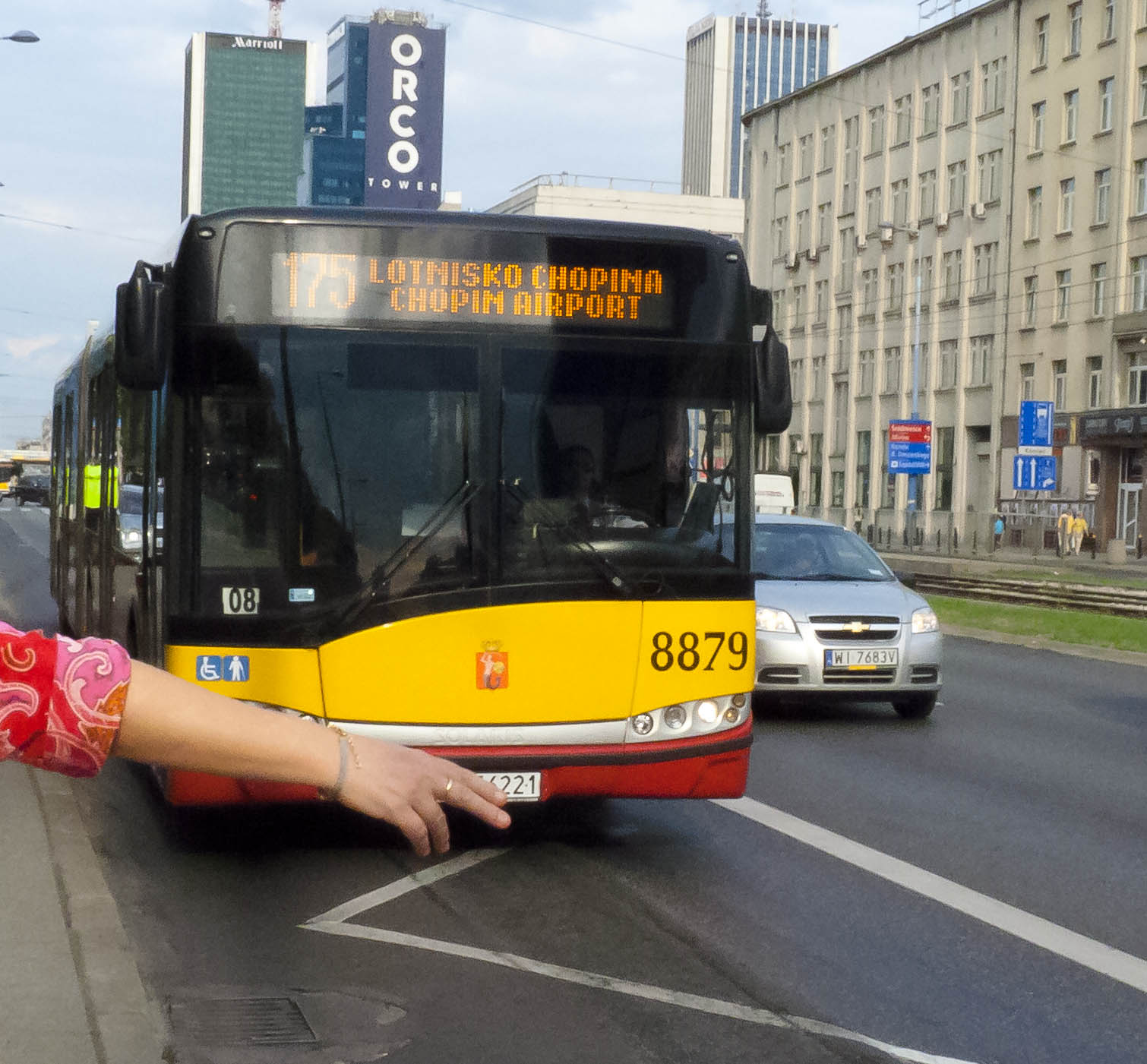 To get on the bus you may have to press a button that will open the doors if they don't open automatically. This is to keep the energy efficiency of the bus's HVAC system high. 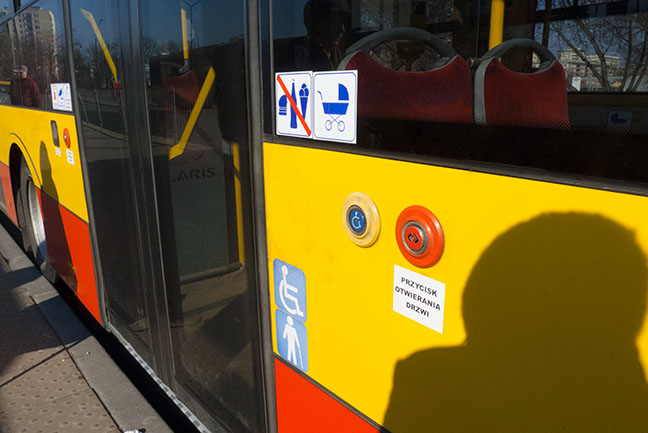 IMPORTANT: If there is a beep sound, do not board or get off as the doors will close. 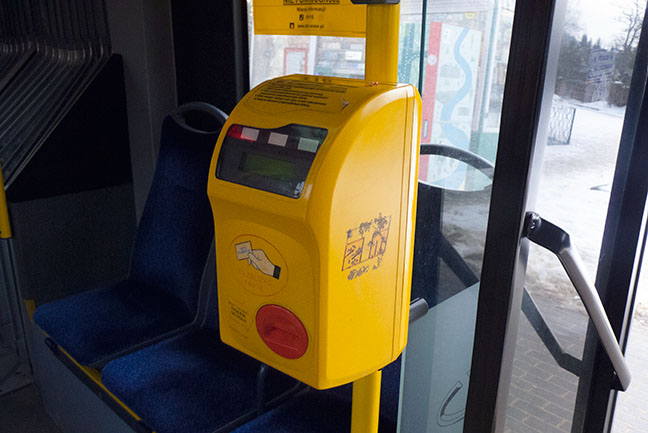 When you enter you are required to validate your ticket in the machine as shown in the picture above if you haven't done so already (in another vehicle or etc.). You can check if it is validated if there is an expiry date printed on the rear of the ticket.

You need to insert the ticket into the red ticket reader or tap your City Card on the validator. There will be an audible beep and the screen

will inform you at what time it will expire. It will also print that information on a paper ticket.

Buses are also equipped with displays that present information such as the next stop, destination and streets the line will pass. 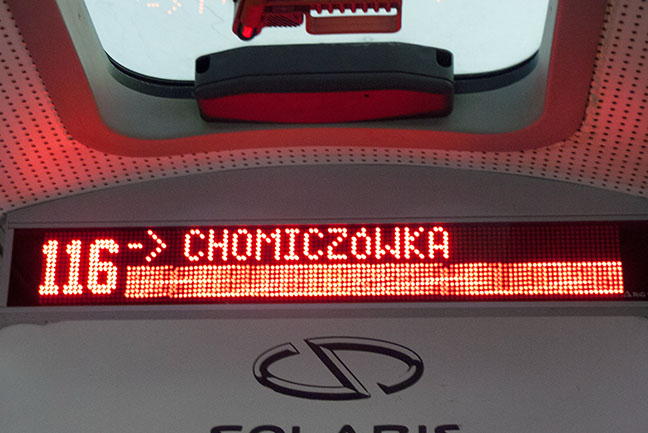 All buses are equipped with posters that show the route and which stations does it stop at. 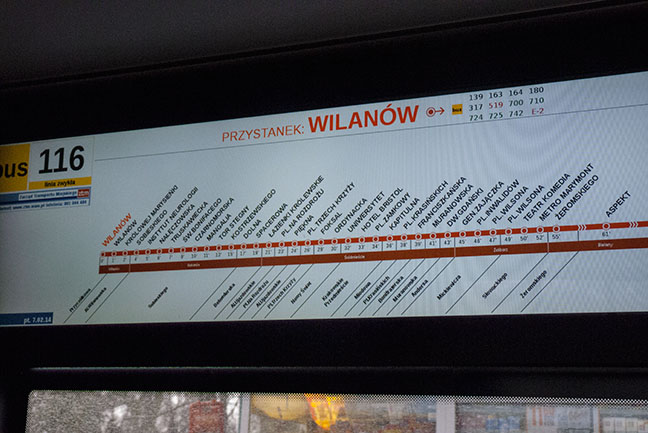 Full dots show stops where the bus will stop at always, unfilled circles show stops on demand and circles with an arrow show stops that are only in one direction.

If the stop name has a "(Ż)" at the end on the screen and is marked by a white circle on the poster,  it means that it is an on demand stop, which means that you should press a STOP button to inform the driver you would like to get off. 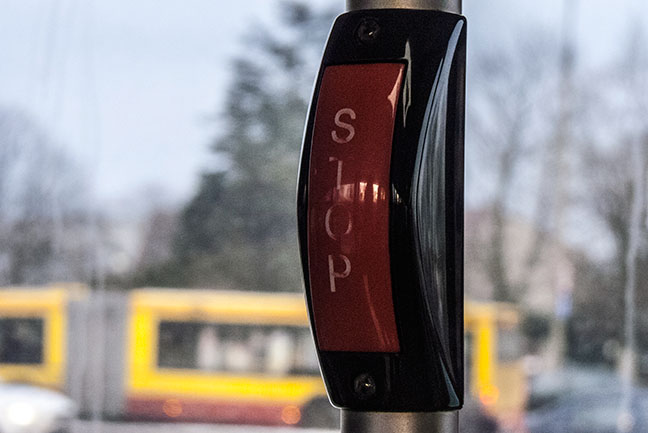 On the bus it is expected to be courteous to others and give your seat to those who need it. Also, there is an unspoken rule not to play music or talk on the phone too loudly that it will disturb the driver and others. Lastly, it is expected to act courteously as you normally would on a bus.

To leave you may have to press a button to open the door. They vary between different bus types. 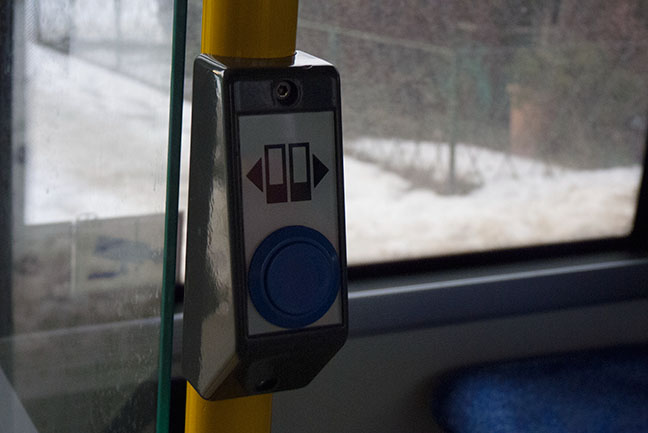