Warsaw has a commuter rail system, which uses the rail system in place for national & inter-national trains. However, in comparison to inter-city and international trains, the commuter rail stops at many stops in Warsaw itself, and it's major goal is to connect the suburbs with the city. It is important to note that it doesn't connect all suburbs with the city, however those are connected by other rail operators and by bus.  The line numbers are prefixed with an S to note that it is a rail line.  Each line services all of its stops.

You can access a bigger version by clicking the photo 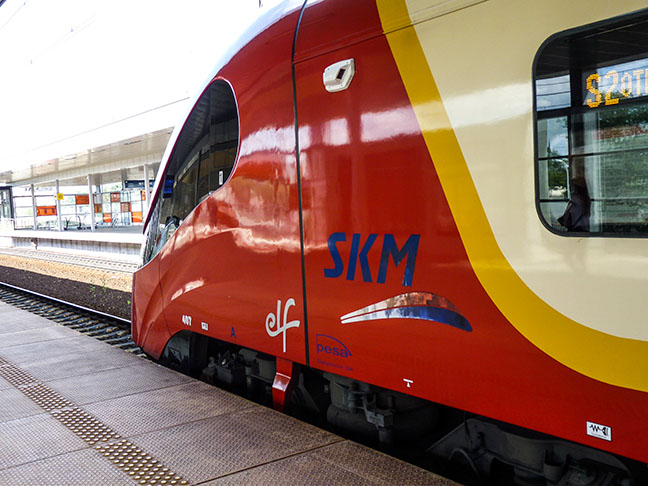 As can be seen in the photo above, the line number can be seen on the side of the train and on the front.

Jakdojade.pl, the website explained in the Routing article, will inform you if you should use commuter rail to reach your destination.

The commuter rail is called SKM as it is an acronym for Fast City Rail.

You should check before reaching the platform at which platform will the train arrive.   This can be seen online when looking at the time table on Jakdojade .pl and also at the station on displays or signs and time tables.

Like in buses and trams, the doors of the train may not necessarily open automatically, and may require a press of a button on the door, as can be seen in the photo below. 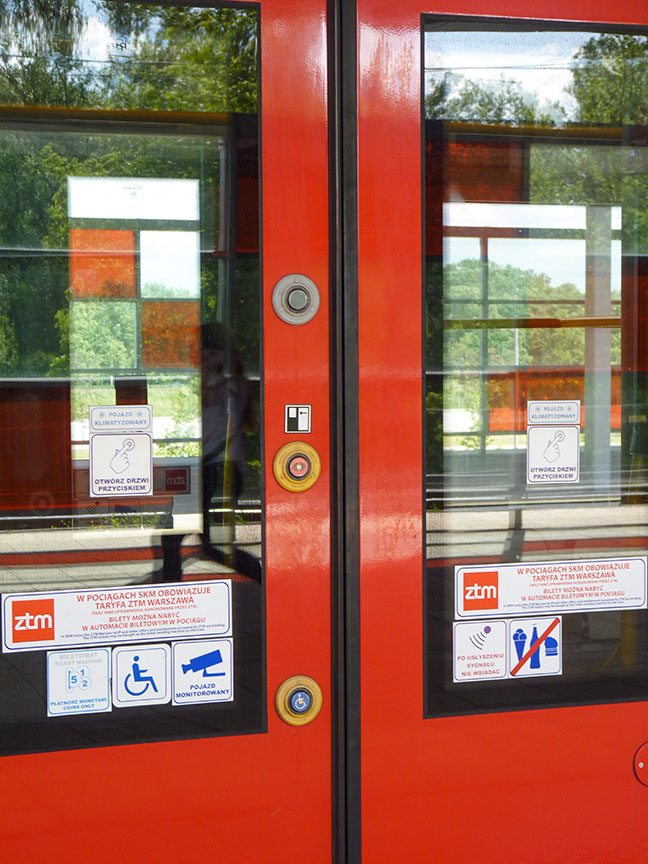 These trains follow timetables like other methods of transport in Warsaw, which can be seen at the train station or online. Also, in some stations there are are visual and voice announcements informing about the arrival of a train. 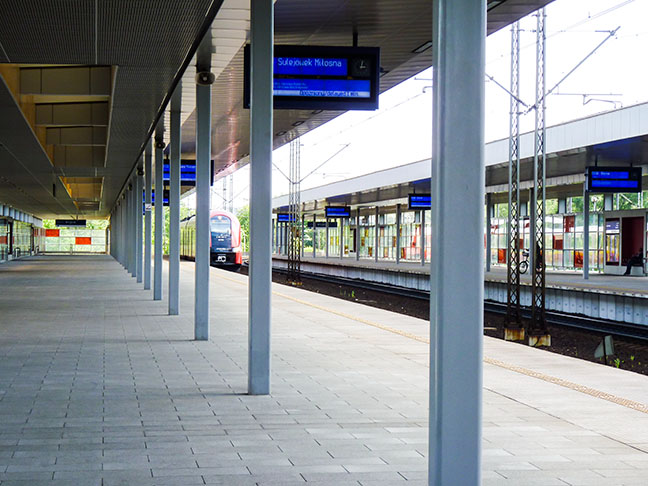 Example of a station served by Commuter Rail- Warszawa Stadion which is next to the National Stadium which is equipped with displays informing about the arrival of the train.