Warsaw has a small but expanding metro system. There are plans to expand the subway system and create additional lines. The 2nd  line will fork into 3 different branches but will begin with a small section of only 7 stations connecting the town's centre to the other side of the Vistula river.

A map of the first section of the Metro line, due to be completed in 2015 (source: inzyneria.com)

How to find a Metro station?

It is easy to find metro stations because they have large and tall signs with the Metro logo:

Metro stations are usually placed on intersections, meaning that there are different entrances and exits.  They are labeled based on the street they are directed to. You can see information on signs hanging from the ceilings in the station underground. Also, sometimes there are exits to tram and bus stops. 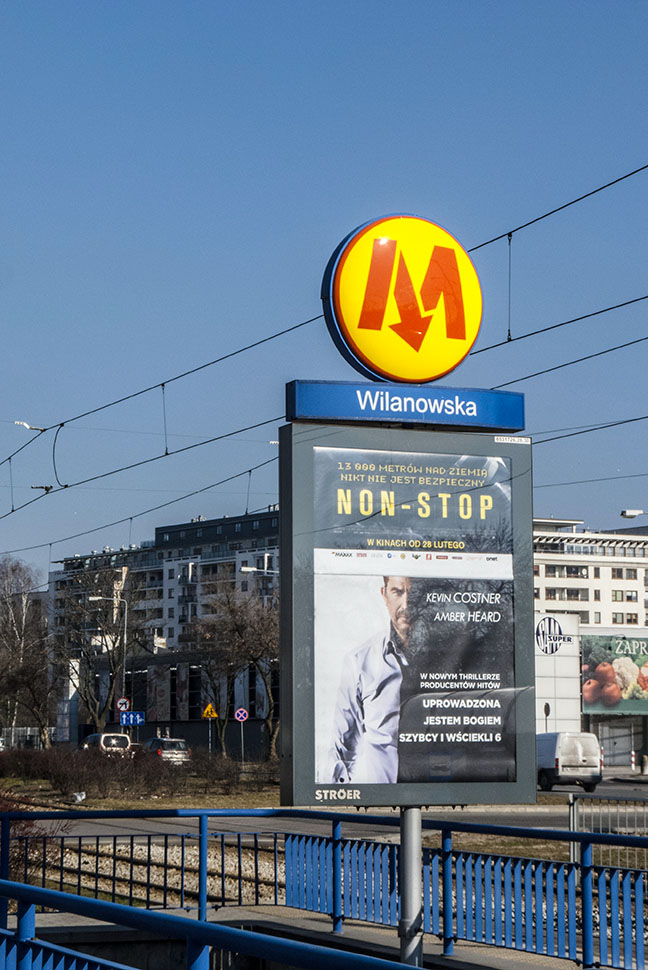 Inside the metro station, you may find some convenience stores if you'd like to buy anything. Also there are ticket vending machines in every metro station, which are useful if you do not have a ticket with you as you need a ticket to reach the platform

After going underground, you'll have to pass through a ticket hall in the metro station in which you need to have a new or already valid ticket to enter. You can tap your City Card on the reader or insert the paper ticket into the red slot at the front of the machine. Then, after the ticket is validated, all you need to do is to take your ticket out from the other side and pass through the carousel. 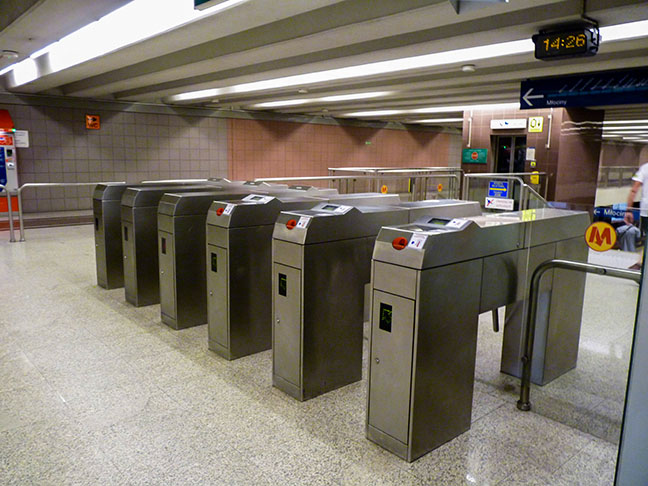 Ticket control in a Metro station

All stations have a diagram of the metro line: 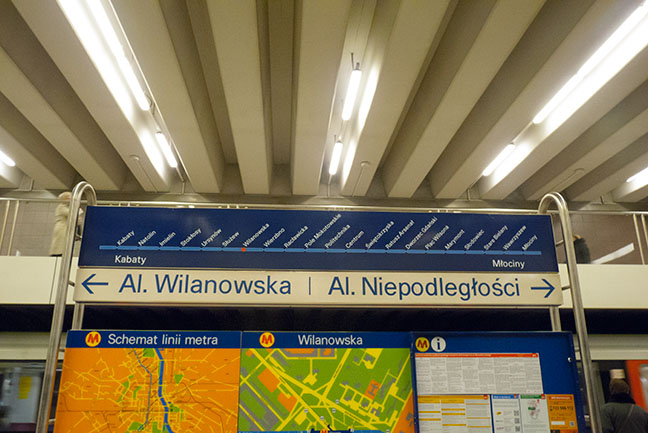 NOTE: Do not board when a signal is played! Also, when boarding let people who are leaving get out before you get on the train.

Most Metro trains are equipped with audio announcements although some don't but you can find out the station name by looking throughout the windows.

The new metro trains have screens that show in English and Polish the next station. 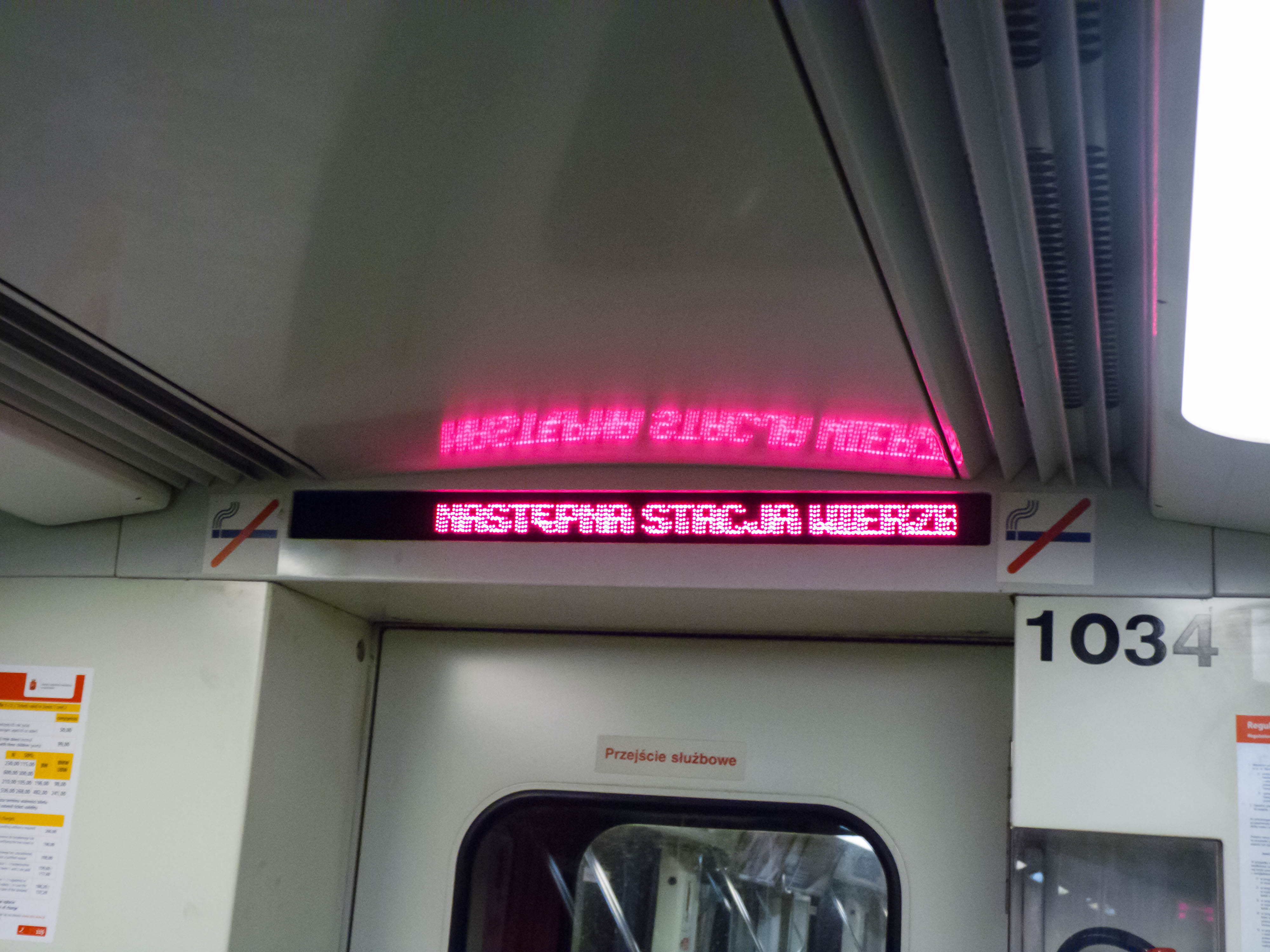 The doors open automatically, and you have the right of way when arriving. You should go out before people start boarding the train. After you're out, look out for signage that points out to the street you're looking for and walk towards it. You'll probably arrive at a staircase which will lead you to your destination. In some metro stations, you may find signage for tram or bus stops as well

When leaving you may encounter a carousel but you don't need to validate your ticket.